In general, Orks are known as carnivores, and it would be wrong to say that they were fond of other food if they have a choice. If they do not, they will teeth-gnashingly resort to vegetables, usually in a Grass Stew. This usually happens after a lost battle or a spell of bad luck, when Orcs will vent not only on the grass but also the ground itself – which is why you might even find root vegetables in it from time to time.

The sun had barely crested the horizon when Urgh knew that the day had already been lost.

It has been a bold move, or so people would say. Attacking the elven expedition with his raiding party despite superior numbers and advantageous terrain for the enemy would have been bold, had he actually made that choice.

Instead, his axe had been forced. First by an elven scout who had spotted them passing the encampment, then by the overzealous first-timer in his own ranks who had given chase when the prudent if not very honorable thing would have been to turn tail and run.

At least he would not have to worry about new recruits for a while now. What troops he had managed to save had retreated to a safe distance, out of sight and, more importantly, out of range of the elven machinery.

They were broken, miserable and hungry. And they probably doubted his leadership, as per custom. And they were probably right to do so. He had, after all, lead them into an ambush that had not even been planned by their enemies, and no matter of blame that could rightly be ladden on the young warriors under his command would help him, especially since they were now, as humans would say, resting in pieces.

To regain some of that honor lost, and keep his women and men in decent shape, the chieftain had to feed his troops. And he knew the way to do that.

Urgh was certain the Elves had already spotted him as soon has he had entered the meadow below their position, where his troops had been worked up. He tried not to look at the corpses. The arrors sticking up from them was a steady reminder that he was well within their range.

After ten more steps he found what he was looking for. A flower, probably pretty by other standards, but disgusting to his own. A pristine speck of white amidst a battlefield, small, unassuming, and utterly deplorable.

Focussing his anger, he drew his pocked battle axe and brought it down on the flower, felling it and a good chunk of grass and even a few roots with one fel swoop. And another. And another.

Losing track of time as it should be, Urgh stopped only when he felt his cook’s hand on his shoulder. The burly orc had no qualms about entering a battlefield. If you knew how to handle hungry Orcs the rest became easy.

The chieftain nodded and stepped back, letting the cook scoop up what was left of the flower and the surrounding meadow. He could see some chunks of root, as well as a few worms and beetles scurrying in vain for safety.

At least the Grass Stew would have some taste to it. 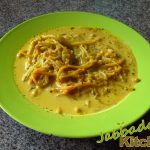 Orks tend to consider vegetables as something not really filling, but they still use them - for disgraced family members or simply to use it up before it starts to smell. And to an Orc, a vegetable is everything that does not fight back when she tries to kill it.

The exact ingredients for this stew vary depending on the season and the region the Orcs are currently terrorizing. As such, it is easily possible to leave out one vegetable and replace it with another that is in season. You can also make things a little easier by breaking the noodles into smaller pieces before adding them.

Also, having meat in the stew is not as rare as one might think. One just has to be a little flexible and make sure to cook it long enough so that bugs, spiders, and snails do not remain too chewy. You can easily simulate this by adding diced bacon.

The Idea behind this

The traditional preparation of grass stew is as follows. One or more Orcs set out, visibly frustrated, till they find a piece of grassland that for some reason annoys them. Usually due to an especially colorful and large flower.

Then, they will abreact on that spot – usually with big swords or axes. The result of this act of blind destruction will then end up in a large pot. Brackish water is added, and it will be cooked until thoroughly dead.

Hence, the contents of grass stew varies depending on the region and the patch of grass that fell victim to the unrelexed Orcs.

Where can you find Grass Stew?

Similar to the Fried Orc, the grass stew is a recipe that will mainly be made from Orcs for Orcs. Not least because it results from a specific situation, and Orcs do not tend to add guests to their personal dismay.

But there is still the possibility that characters get to enjoy this rather special dish, especially if they are hired by the Orcs to help them with the problem that caused the preparation of grass stew in the first place.

Let me know what you thought about the grass stew, how you adapted it to your needs, and how it became part of your adventure! 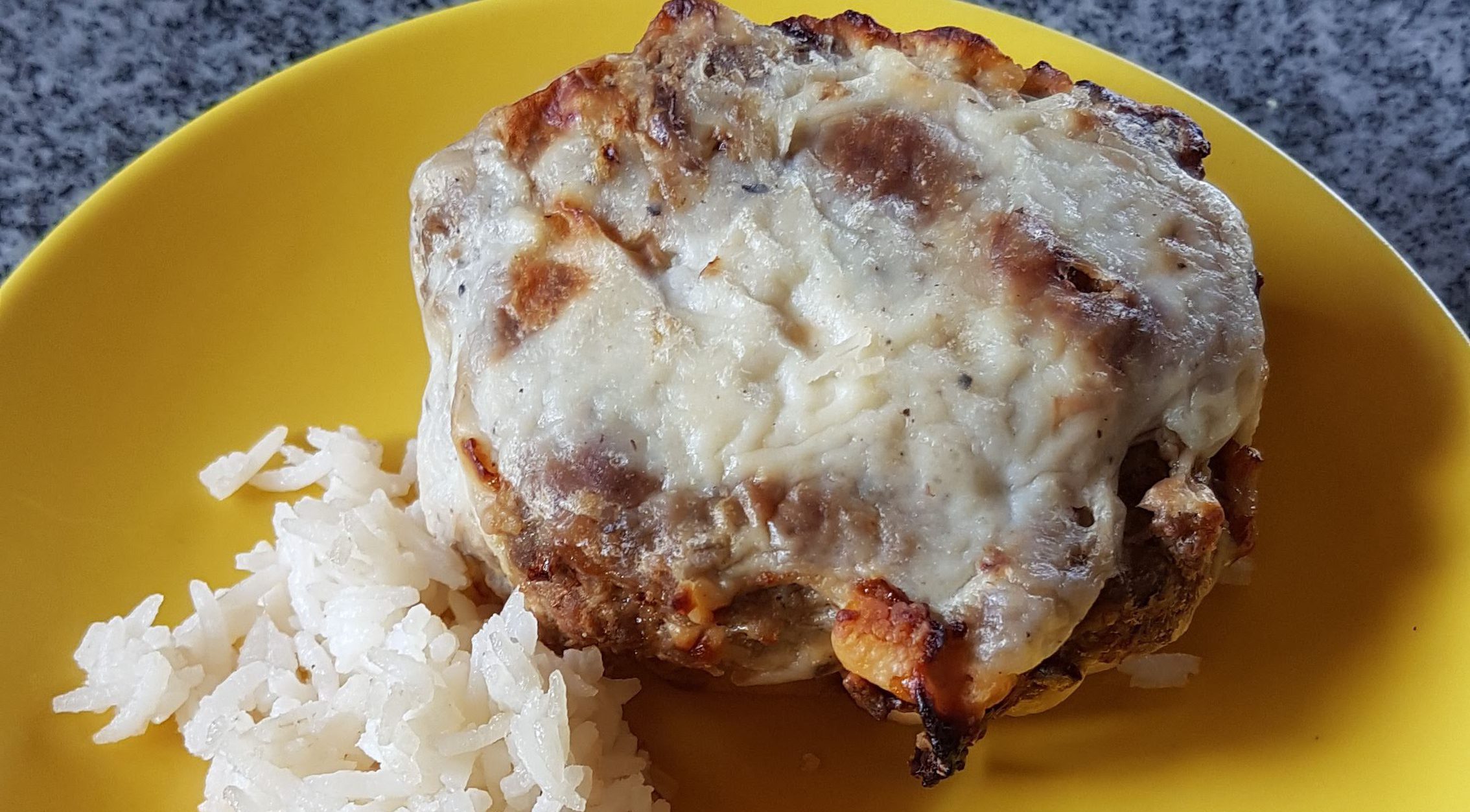 When, after a decent slaughter, the number of hungry mouths exceeds the usual edible parts of their enemies, Orcs like to expand their menu with less usual body parts. On top of that, elven brain Read more… 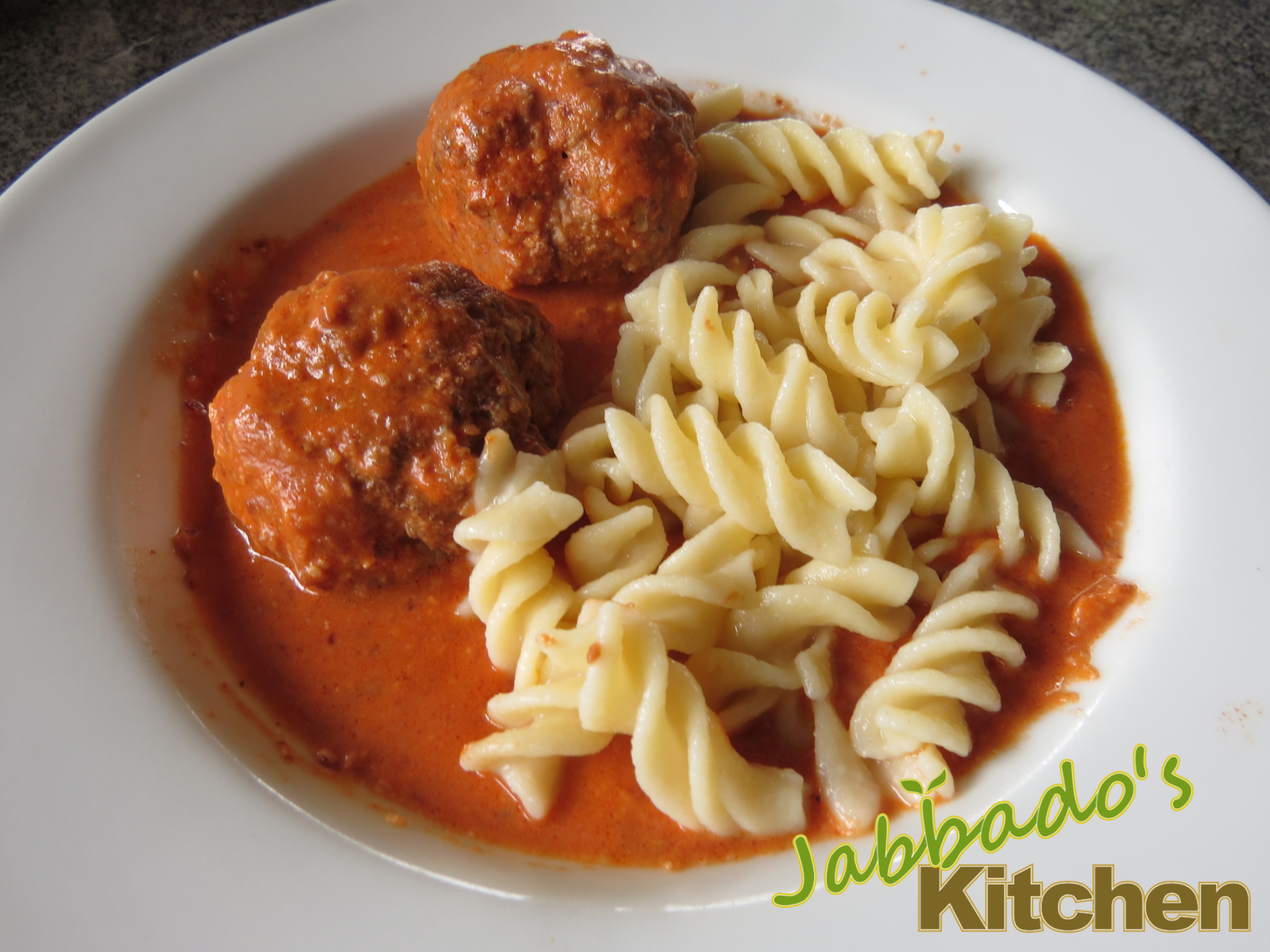 One of the most persistent rumors about Orcs is that they will eat their own kind every now and then. Of course, this rumor is nothing but true – after all, some Orcs are not Read more…